There are also many commercially available tests that claim they can diagnose food hypersensitivity. These should be AVOIDED as there is no scientific basis:
IgG BLOOD TEST:
This blood test looks at IgG antibodies present in the blood. It’s claimed that an increase in IgG to a certain food indicates an intolerance to that food. At present there is no convincing evidence to support this test, and it’s not recommended as a diagnostic tool.

KINESIOLOGY:
This is based on the idea that certain foods cause an energy imbalance in the body which is detected by testing the response of the muscle. The client holds the suspect food which is in a glass vial and the therapist tests the muscle response. The result can lead to many foods being eliminated from the diet however research studies show that this test is no better than chance.

HAIR ANALYSIS:
A small lock of hair is sent off to a laboratory and the energy fields in the hair are scanned. The results are compared to other established data to identify a food hypersensitivity. Although this is used in testing for recreational drug use as well as lead and mercury poisoning, its use in allergy testing is unproven and
has no scientific basis.

LEUCOCYTOTOXIC OR CYTOTOXIX TEST:
This is a blood test where the white blood cells are mixed with the suspect food and if 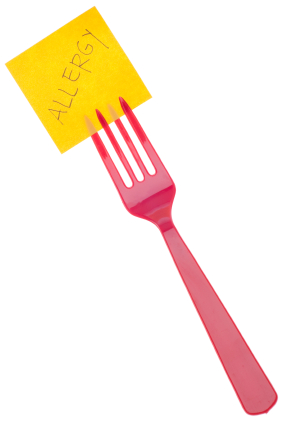 they swell this would indicate a problem with that food. There is no rational scientific basis for this test.

PULSE TEST:
The pulse is taken before eating the suspect food and then 15 minutes afterwards. An increase of ten beats per minute would indicate food intolerance. Research shows there is no connection between the increased pulse and food intolerance.

ELECTRODERMAL (VEGA) TEST:
This test measures the electromagnetic conductivity in the body.  An offending food will show a dip in the electromagnetic conductivity. Research studies show that this test is no better than chance.
These alternative allergy tests may suggest long lists of foods to be excluded from the diet unnecessarily. Excluding a major food group e.g. wheat or milk, or a combination of different foods, creates many practical difficulties. Without good nutritional advice, a restricted diet can lead to severe nutritional deficiencies leading to malnutrition.

Stick to conventional allergy testing under medical supervision to confirm an allergy diagnosis and save you money. The next update I will talk about FOOD INTOLERANCE….